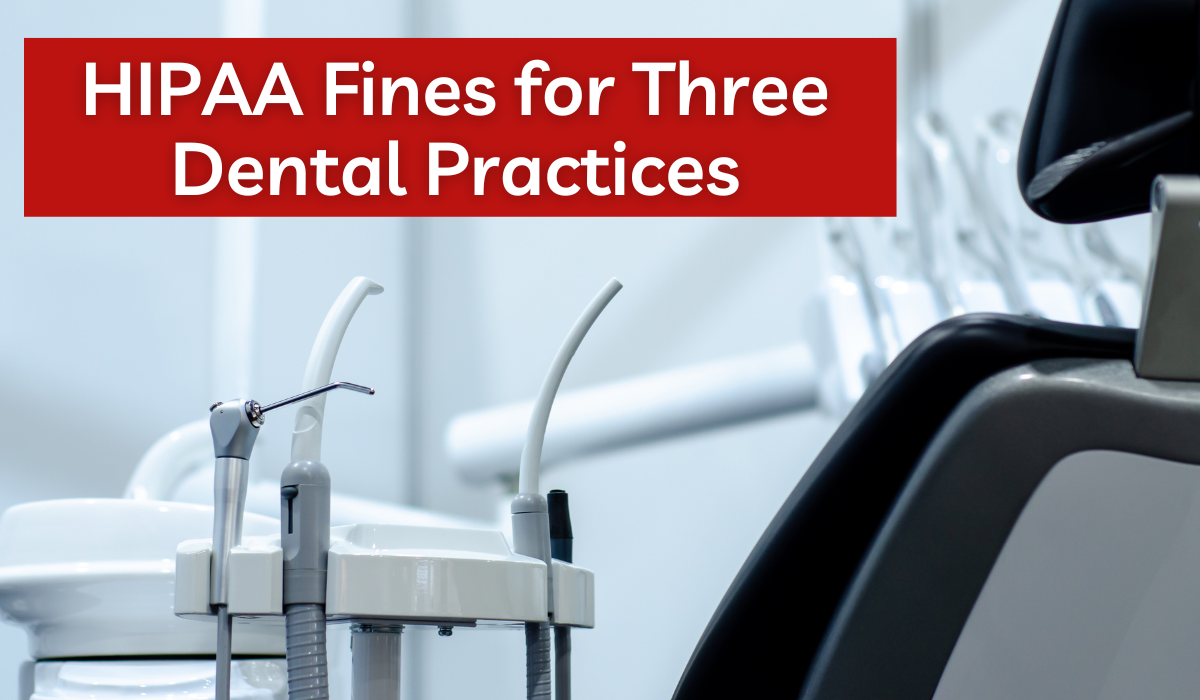 The HHS Office for Civil Rights (OCR) has announced resolutions regarding three HIPAA violation investigations.  These settlements result from a years-long emphasis on enforcing this regulation by the OCR.  There were three dental practices that were given fines with regard to the potential violation of the HIPAA Privacy Rule’s patient right of access.

Recently appointed OCR Director Melanie Fontes, said that “These three right of access actions sent an important message to dental practices of all sizes that are covered by the HIPAA Rules to ensure they are following the law.” Fontes continued, “Patients have a fundamental right under HIPAA to receive their requested medical records, in most cases, within 30 days.  I hope that these actions send the message of compliance so that patients do not have to file a complaint with OCR to have their medical records requests fulfilled.”

Great Expressions Dental Center of Georgia, P.C. (GEDC-GA)has multiple locations throughout the state.  From November 2019 through February 2021 an individual was not able to get copies of her medical records.  This was because she refused to pay the practice’s $170 copying fee. As a result, Great Expressions has to pay $80,000 and will also create and execute a corrective action plan.

Family Dental Care, P.C. (FDC) is based in Chicago, Illinois.  In August of 2020, OCR received a complaint that they did not provide complete medical records in a timely manner for a former patient.  While partial records were provided, it was not until 5 months later that the full request was met.  The potential violation was met with a $30,000 fine and an agreement to create and implement a corrective action plan.

The third practice mentioned was that of B. Steven L. Hardy, D.D.S., LTD which is doing business as Paradise Family Dental in Las Vegas, Nevada.  A mother submitted a complaint that her multiple requests for copies of her and her minor child’s protected health information (PHI) were never met.  Paradise agreed to pay $25,000 and implement a corrective action plan.

While your team may be aware of HIPAA policy, ensuring that you are meeting the rules and regulations is critical.  HIPAA Secure Now can ensure that your healthcare practice is meeting the regulations of a patient’s right of access.